This purpose came to fruition with the Incarnation. As St. Athanasius famously said, “God became man so that man might become God.” Through Jesus Christ’s life, death, Resurrection, Ascension, and the sending of the Holy Spirit at Pentecost, God came to dwell in man, and we in God.

St. Herman of Alaska Orthodox Church in Port Townsend is a community of people who have become “partakers of the divine nature” (2 Pt 1:4) through receiving the sacraments of Baptism, Chrismation, and Eucharist. 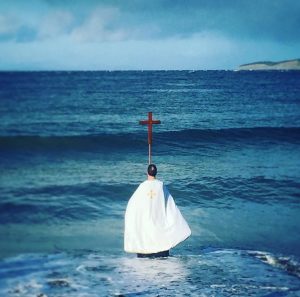 Through our continued life in Christ’s Body—the Church—we strive to become more godlike. We seek to grow in our communion with God through our worship, participation in the sacraments, prayer, fasting, almsgiving, and following of the commandments. We seek to further know and see God through fighting spiritual warfare and becoming healed of our passions.